We are a British Property Awards 2021 Gold Winner! Find out more here

This February for our Local Market Analysis we are looking at the Villages Surrounding Lutterworth. So this will include all LE17 5 and LE17 6 postcode areas!

How Do Different Property Types Sell?

In 2011 there were 4,123 dwellings within this area. 60.2% of them are detached, 26.1% are semi detached and just 11.4% are terraced properties. However, in comparison with the rest of the East Midlands, there is a considerably higher percentage of detached properties within this area itself as there is only 32.2% in the region as a whole. Alternatively, when we look at the number of semi detached properties, there is only a 9% increase in the number of them when comparing the Lutterworth villages to the rest of the region as a whole. 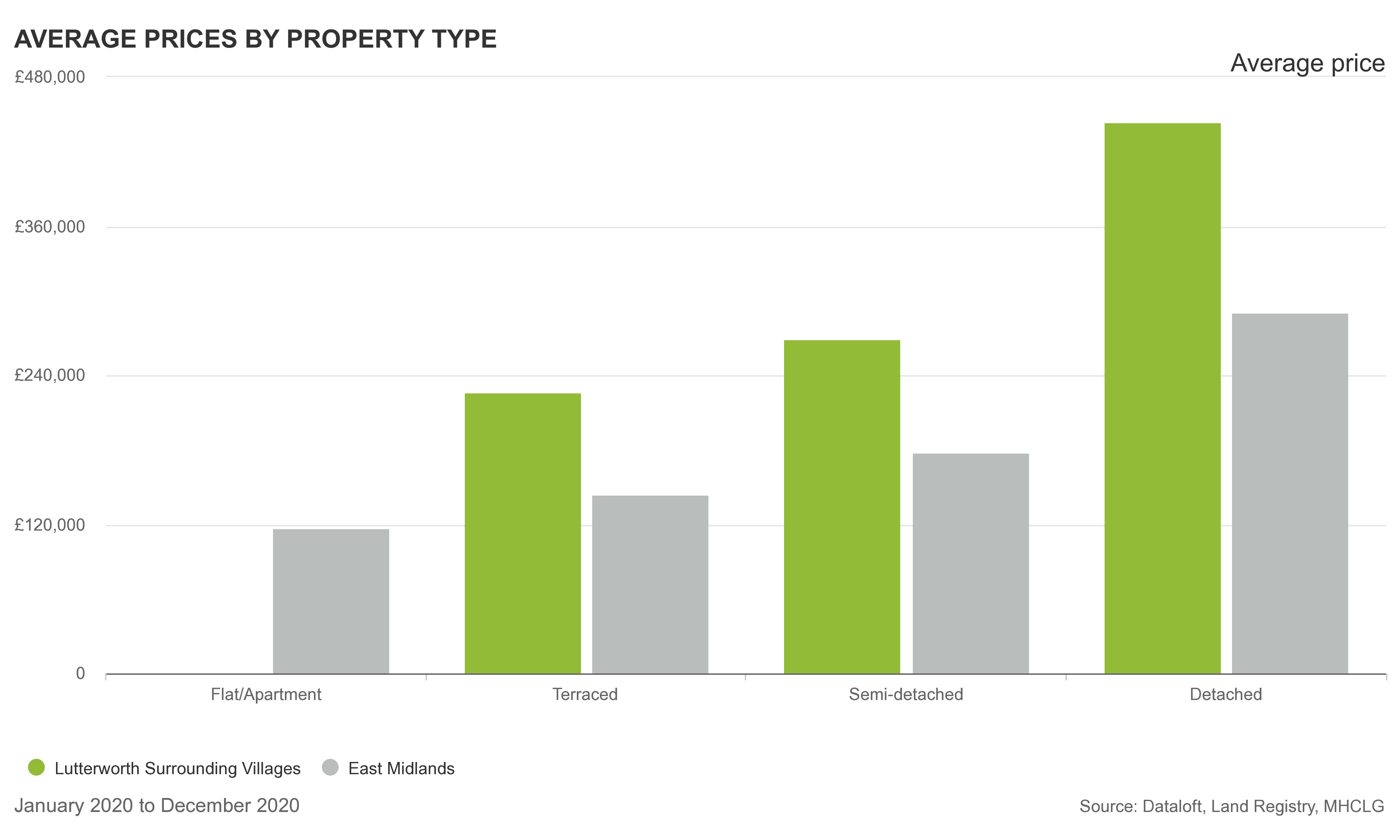 How Have The Average Prices Changed? What Does This Mean?

These increases in price are related to more people moving into more rural areas after the coronavirus pandemic. People are preferring to live in the countryside not in a large town or city, henceforth resulting in higher demand and more competition for properties in the area. 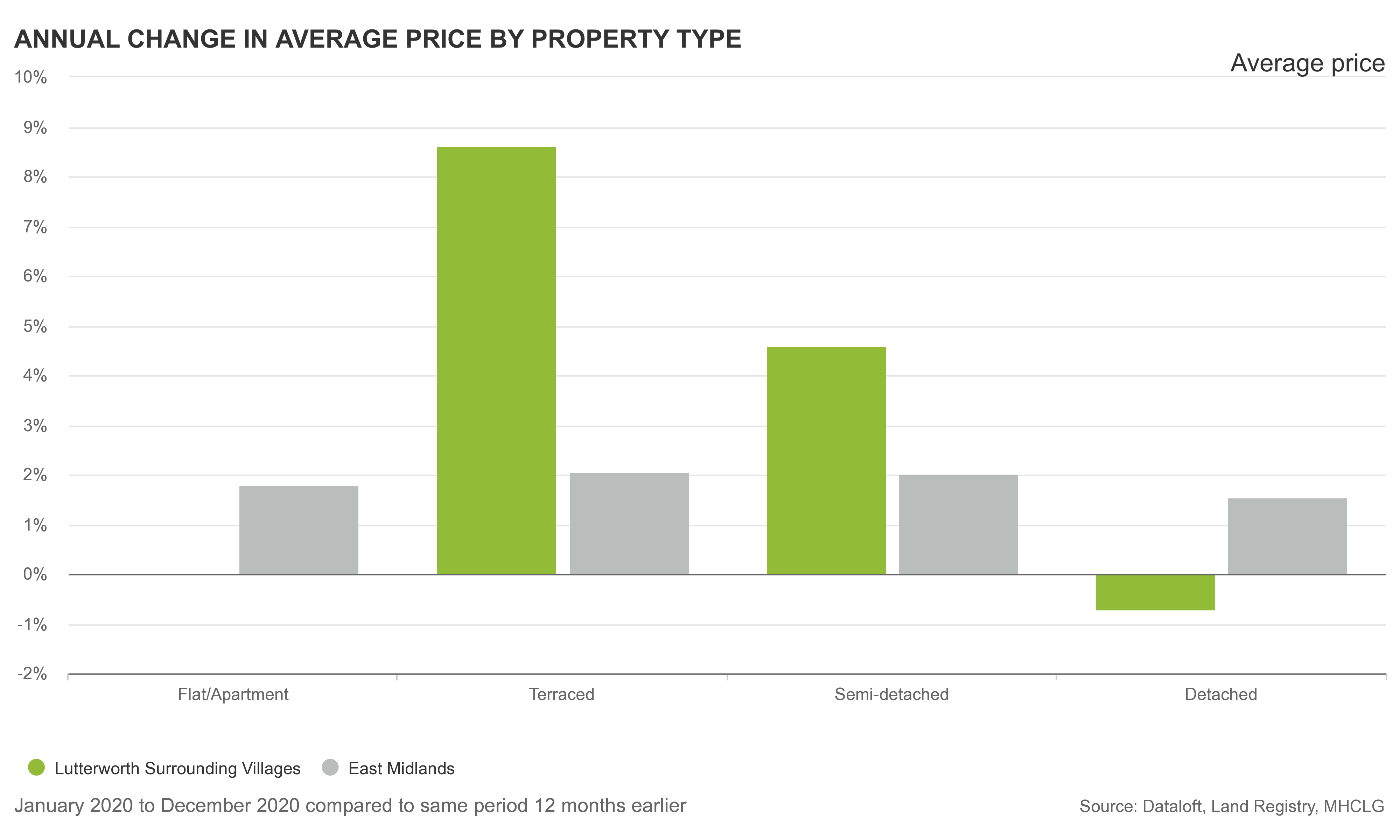 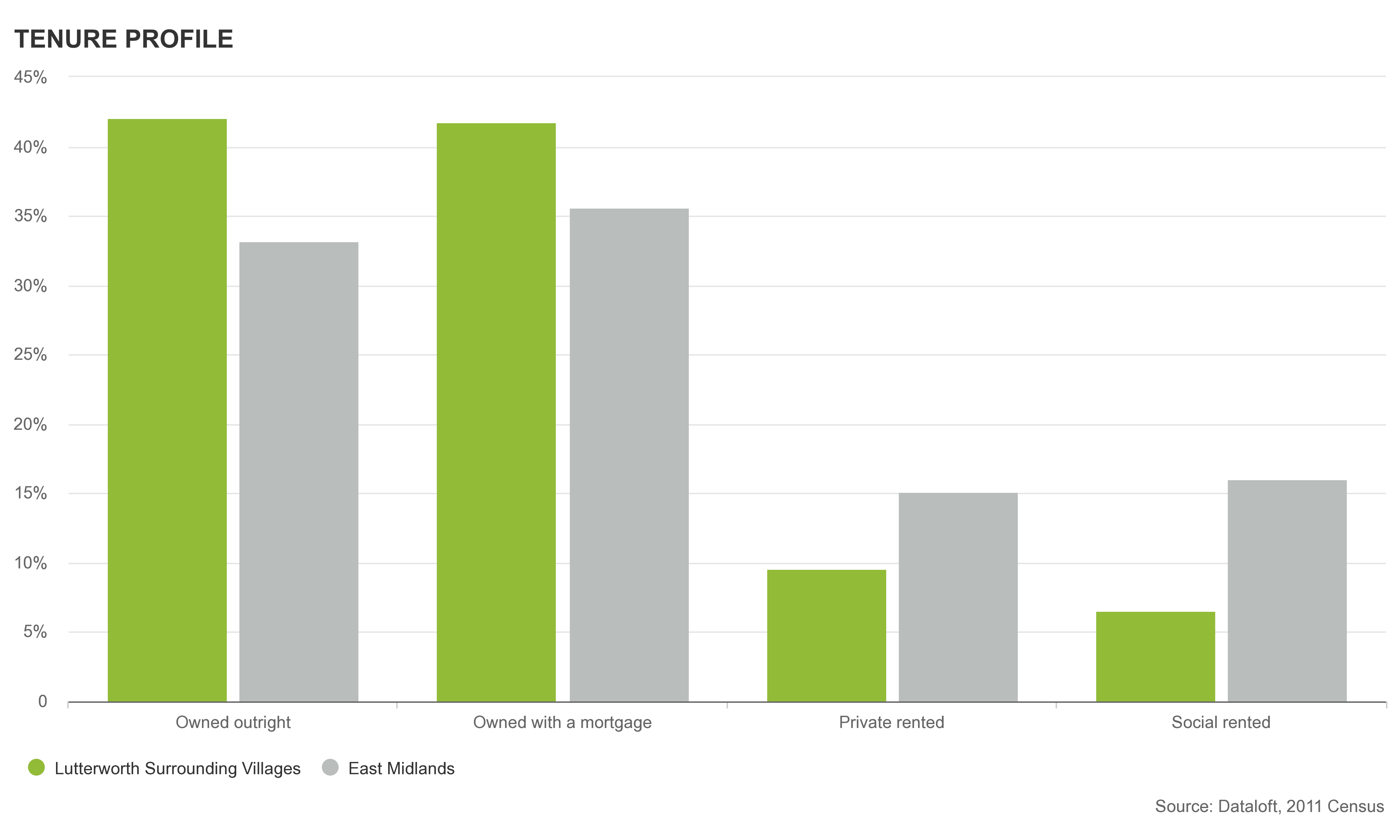 The top transaction for a property sold in the Lutterworth Villages, over the last 12 months was £1,112,000.

The average price for a house in the Lutterworth surrounding villages was £342,339. This is a price increase of 4% from the previous year, which is not a much as we would expect to see so it is good that even though there is now a higher demand for the number of people wanting to move house.

The total number of sales in the last 12 months was 142. This is a -20.2% change in the number of sales from the previous year. The majority of this is due to the housing market shut down during the first nationwide lockdown in March.

Come back on the 18th of March for a local market analysis of Countesthorpe!